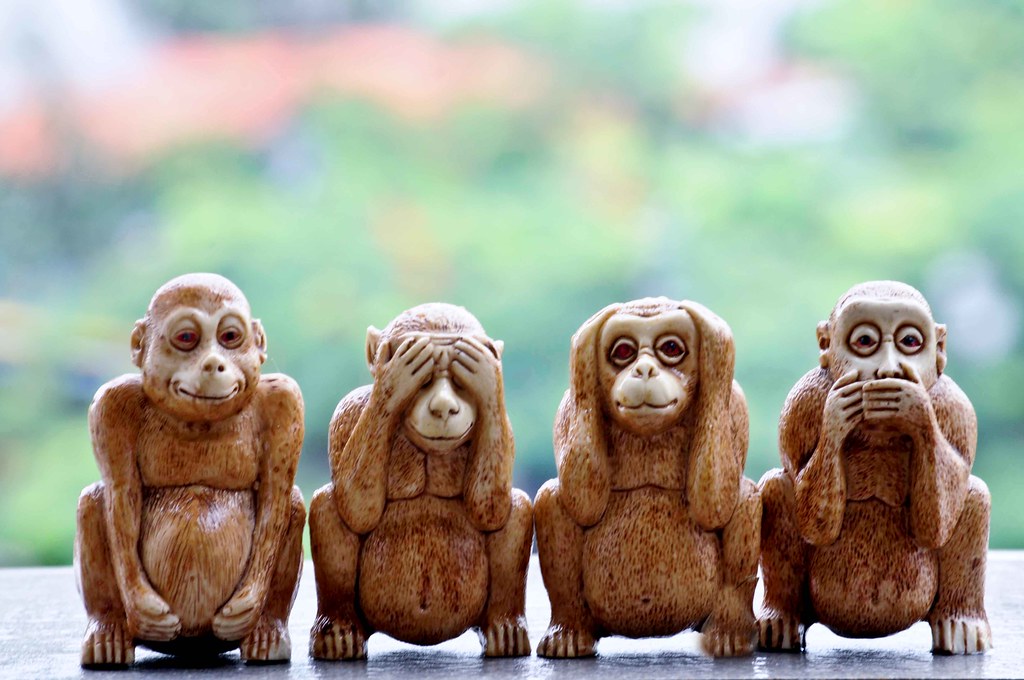 The concept of three wise monkeys is not new to us, it is considered as something very important to our culture. The Japanese proverb ‘see no evil, hear no evil, speak no evil’ is pictorially depicted through three monkeys, a 17th-century carving over a door of the famous Tosho-gu shrine in Nikko, Japan.

In July, a Professor from Orissa in India secured copyright protection for the fourth wise monkey portraying ‘think no evil’, which he describes as an extension of the already existing three wise monkeys. He has stated that the idea of the fourth wise monkey came to him as early as in 1995 and since then he had been studying it and considering its importance with regard to humanitarian behaviour.

Different versions relating to the fourth monkey has been in news on and off; one such instance took place in the year 2016, when the Bengaluru Police shared in their Twitter handle, a picture of the wise monkeys, not three but four of them namely, ‘see no evil, hear no evil, speak no evil’ and the fourth one being ‘post no evil’. But the fourth wise monkey, ‘think no evil’ coined by the Professor is the first one to gain copyright protection.

Wonder when the fifth monkey is going to be revealed…..